This post is meant to be good natured. I put this warning up so that country fans don't get mad. (Normally, I don't worry about stuff like that, but country fans have guns. Big ones.)

Kyla likes country music and dating her has forced me to confront the thing in my life that I've avoided the most. I should point out that she also likes Disney music and Glee, but that seems like it comes with the territory of dating a girl. I have my own beef with Disney and musical theatre (as seen here), but I realized that if I dated a girl there is a good eighty percent chance (as stated by Phoney Baloney Stats Monthly) that she would like Disney and Glee and so I was prepared for that. I suppose it arguable that I should have realized that country music comes with dating a girl from small town Alberta, but to be fair, I didn't expect to fall for one.

Since music is a matter of choice, I've never subjected myself to country music and I don't feel bad for not listening to it. Unlike how I feel bad for not reading books. It seems like if you're literate, you're obligated to read. Like it's your duty. I definitely have never have had that sense with country music. No one says, "oh, you listen to a lot of country music. Wow, you must be so cultured." And I now know why.

Before this week, I knew the cliches of country. That it's all about "my truck is broke and my dog ran away" and "she gone done stepped on my heart". Which is not true (mostly). I knew the cliche of the country twang in the singing (which is definitely true and I would submit might be what defines the genre). Both of these points did not appeal to me and thus my aversion.

However, I discovered something else that bothers me about the music after listening to it, which makes me sigh even more. It seems like there is a good amount of the songs that are sung not to the audience, but rather seemingly to one individual and that the rest of us are getting in the way. It's like the songs are not about something but to someone. Let me say that many songs are like that, but country takes it a stepped further and it seems like the lyrics are just a record of someone's conversation and then the writer was like, "Oh, say that again and I will write it down verbatim and then put music to it and add an obnoxious country twang to it."

Now, I realize that there is simply a cultural difference and that the music is sincere and from the heart and because it speaks directly to a person, it makes it more engaging, but come on!

I suppose that I should not be one to speak due to the fact that I can't write any songs and that all my comedy is based on tearing other things apart due to my own insecurity and I fear my own creativity will be rejected and thus I do not create myself and when I do it has a propensity to borrow heavily from others and lacks a certain originality and I don't even have a dog and I wish that I had done gone had a gun and that I'd wander the countryside on my horse and that I had a guitar and could sing around the campfire, eating a can of beans and sleep under the stars.

Man, I think I could write a country song. Maybe I just did.

And that's why country music is a joke.

I'M SORRY, SWEETHEART! (But not really... Girls can't read stuff in brackets, can they?)

PS. By the way, I think that country music is still better than the bulk of modern pop music, in particular the stuff that comes out now due to pop's lack of metaphor and unrelenting focus on sex and aversion to anything deeper.

I've always thought country music was like most any other music genre: mostly crap. With country, the ratio was just higher than average. There is still good music if you look for it.

I for years thought country music was terrible. But as I grew older and especially this year, I've found a new appreciation for certain country artists and bands. Brad Paisley is an amazing guitarist in the country genre. The last few years has seen an emergence of country rap bands and artists like Colt Ford.

Oh and if you like Johnny Cash, Willie Nelson, Kenny Rogers, or someone like that, you don't hate country music as much as you think.

There are a lot of good artists and bands in a lot of genres. If you are going to judge a genre based on preconceived notions, than that is a shame because you could be missing out on some good music.

I think, from now on, Kyla should get to write a rebuttal to any and all posts you write.

Especially the controversial ones. 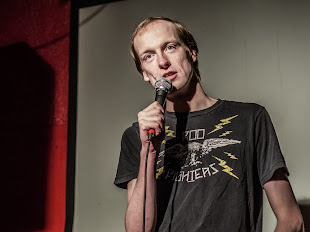